Cyber Warfare Rife in Ukraine, But Impact Stays in Shadows

Western allies initially feared a tsunami of cyberattacks against Ukraine’s military command and critical infrastructure, hindering its ability to resist the Russian forces pouring across its borders.

As of mid-September, the Cyber Peace Institute, an NGO based in Switzerland, counted nearly 450 attacks — roughly 12 a week — carried out by 57 different entities on either side since the invasion was launched in February.

Yet with European and US help, Kyiv has largely withstood the high-tech onslaught.

Top enterprise email threats and how to counter them

44% of Financial Institutions Believe Their Own IT Teams Are the Main Risk to Cloud Security...

How ransomware gangs and malware campaigns are changing...

Holm Security Cloud Scanning empowers users to detect vulnerabilities across all of their assets... 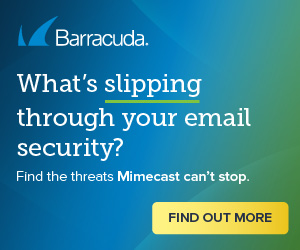